It’s the holiday season folks! And we have prepared episodes for the Coworking Values podcasts for you to tune in to.

This episode we have Jose Antonio Morales, Founder of the Lincoln Island Initiatives wherein Aurora Coworking is a part of. He will be sharing all about the struggles of opening and maintaining a coworking space. He will also talk about social entrepreneurship and building a self-sustaining model for rural coworking.

What are the struggles you faced when you opened your coworking space?

The first thing was all my assumptions were wrong. So I thought that entrepreneurship was something that people understood. Second, I thought that being a foreigner would not be an issue. I even thought that might be an advantage. And I thought that having a fixed fee for all members to participate in the coworking was a good idea. But, I was completely wrong on all points. So the 1st thing was that I didn’t have enough members so the fixed fee was always below the fixed expenses around the coworking, so every month I am losing money.

Being a foreigner made it suspicious to some people, so why did this Peruvian guy do this stuff and I heard. When I read comments of people saying that I want to use the European Union and get the money and fly back to Peru and things like that. With that, I don’t care so much.

The thing is that I was losing money. And not only losing money, I was the one cleaning the toilets, cleaning the marks and everything so I was simply losing money to serve the members. And for a while it was okay, but then it was just unsustainable to me. I couldn’t get more members and something was totally wrong. And I asked my coworking members. What do they think about this, and I said to them that I’m going to close a coworking if everything continues like that.

And then, is when the amazing thing happened. So they said no percent you’re not going to close the coworking, forget it. And I said okay, but if I don’t close it, how are you going to help me solve those problems? Those are wrong assumptions when I get it. And we came up with the conclusion of distributing the expenses in equal parts.

But we got more members, because of course everybody wanted to pay each time less some days so that if one person comes their fee is smaller. So at the time when we started we were like six members, and now on average were 10 and the maximum we got was 14.

So, there were some months where the fees were 25, euros per member, so I think that’s, that’s an amazing achievement 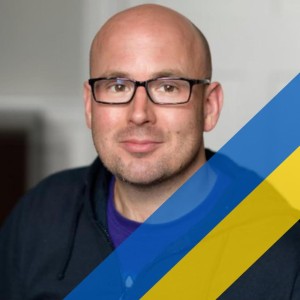